How to write an Arbitration Agreement 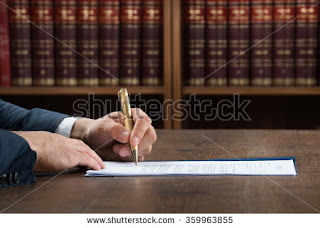 Section 7 of the Arbitration and Conciliation Act, 1996 defines “Arbitration Agreement” as under:

1.  “Arbitration Agreement” means an agreement by the parties to submit to arbitration all or certain disputes which have arisen or which may arise between them in respect of a defined legal relationship, whether contractual or not.

2. An Arbitration agreement may be in form of an arbitration clause in a contract or in the form of a separate agreement.

3. An arbitration Agreement shall be in writing.

Under ICC Arbitration parties can also agree to exclude any recourse to the Emergency Arbitrator, in that case following wording can be added;

The Emergency Arbitrator Provisions shall not apply.

Similarly, under ICC Rules parties can agree to include the expedited procedure clause as follows;

The Parties agree, pursuant to Article 30(2) (b) of the Rules of Arbitration of the International Chamber of Commerce, that the Expedited Procedure Rules shall apply irrespective of the amount in dispute.

Further, if the parties wish to adopt ADR system before invocation of the Arbitration they can add the same in the Arbitration Agreement. Parties should also clearly agree on the applicable law and jurisdiction of Court.

For further assistance feel free to write to azeez_nazar@rediffmail.com
at June 28, 2018
Email ThisBlogThis!Share to TwitterShare to FacebookShare to Pinterest